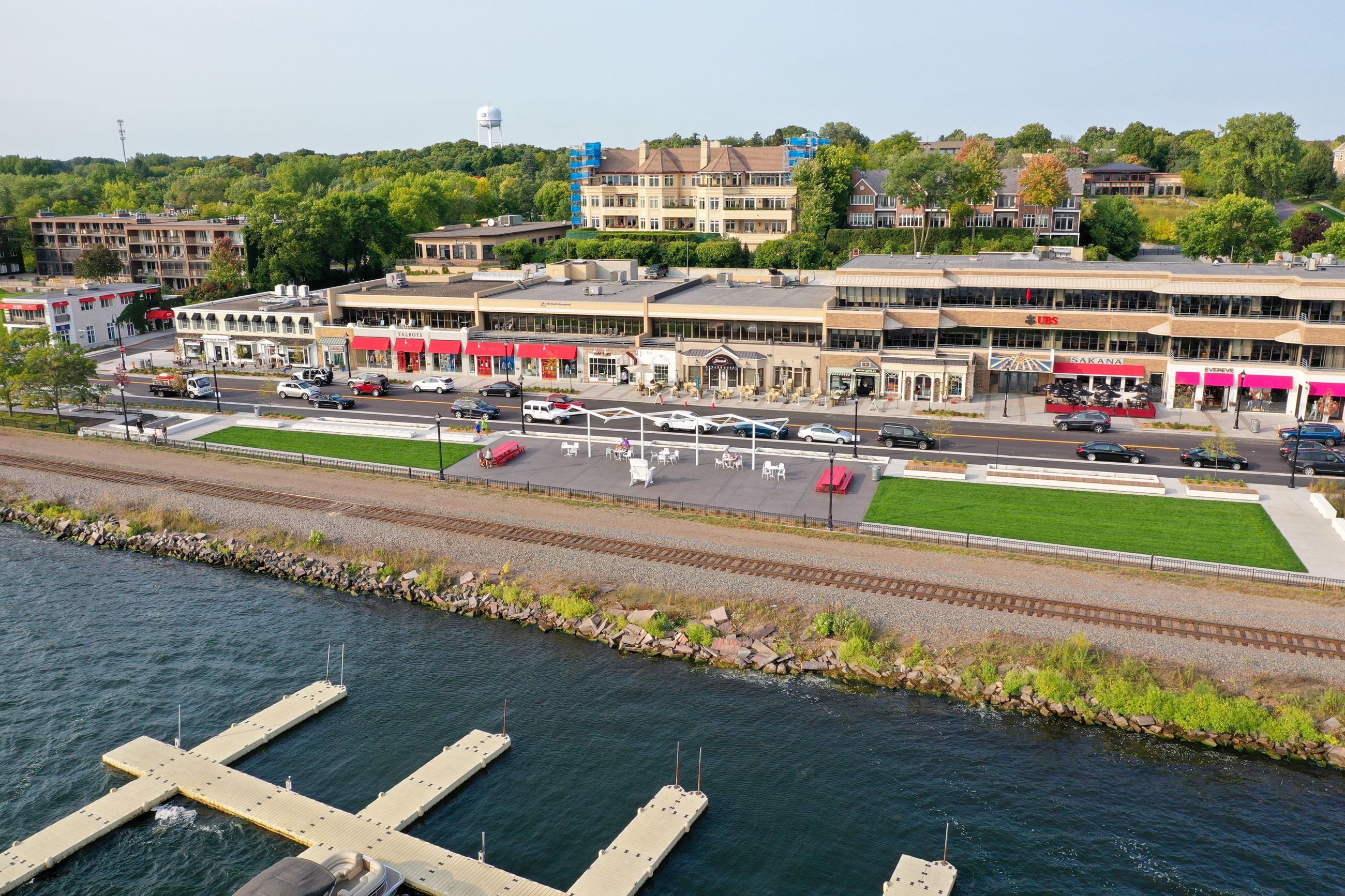 Welcome to the City of Wayzata. The citizens of Wayzata have a great deal of pride in their lakeside village. Wayzata has a thriving downtown business community, high quality developments and beautiful residential neighborhoods. Careful planning has allowed the City to maintain open space, park lands and a "small town" feel that makes Wayzata truly a special and historic community. We invite you to visit and share with us all that Wayzata has to offer.

No visit to the Twin Cities is complete without a stop in Wayzata, the jewel of Lake Minnetonka. Just 11 miles west of Minneapolis, it's the best place to see Minnesota's most popular lake. It's a village rich in history. And it's the boutique and shopping stop for all the people along the water.

Here, you'll find the latest in lakeside fashions, artwork, antiques and collectibles. And here, you'll find an eclectic assortment of restaurants that range from casual to elegant. Most offer lakefront views, and none are more than a stone's throw away from the water. You can watch the cruisers go by or look out at picturesque clusters of sailboats. Our theater of seasons never shuts down. In the winter, you'll see ice racers, skaters and dozens of ice fishing houses. Enjoy the past and present that is Wayzata. It's as good as the good life in Minnesota gets.

The name Wayzata (pronounced Wise-etta) is derived from the American Indian word Waziyata, which had almost a mystical connotation to the Sioux tribes who originally inhabited the area. "Waziya" was their god of the North, a giant who blew the cold winds from his mouth. With the suffix "ta" added, the name meant "North Shore". Though Lake Minnetonka was discovered in 1822, it was not until 1852 that 2 pioneer families settled on the present site of Wayzata. Over the next few years others followed. A town site was laid out and several establishments sprang up, among them a general store, a sawmill, a post office, and a log schoolhouse.

The coming of the railroad in 1867 marked the village's true flowering point. James J. Hill, one of the more colorful and controversial characters in Wayzata's history, brought his great Northern Railroad to the village. Daily runs from Minneapolis left passengers at the gangplank for the waiting Lady of the Lake, a 50-foot side-wheeler steamer which carried them to other villages and summer homes on Lake Minnetonka. People from Minneapolis and St. Paul began to make Wayzata their weekend retreat, a tradition that continues to this day.

By 1890, the height of the resort era on Lake Minnetonka had been reached. A nationwide financial depression and the migration of tourists to newer resort territory gradually transformed Wayzata. Today, the crude lumber settlement has been replaced by beautiful homes, the grand hotel and resorts by quaint shops and restaurants. Wayzata remains the gateway to Lake Minnetonka and the picturesque focal point of lake life for Minneapolis-St. Paul.

The Wayzata Depot, with its exceptional view of the lake, still stands as a symbol of the village's glory years. It is now home to the Greater Wayzata Area Chamber of Commerce and the Wayzata Historical Society.

Since Wayzata was founded over 150 years ago, residents and visitors have spoken about the beauty of its setting. Located at the northeast tip of Lake Minnetonka, the community nestles around scenic Wayzata Bay and looks out over the long expanse of historic Lake Minnetonka, with its sparkling blue waters, wooded and meandering shoreline, islands and many secluded bays.

Wayzata is located about 11 miles from downtown Minneapolis, just west of the Interstate 494/394 corridor. The 2010 census indicated a population of 3,688, but the commercial and residential tax base is equivalent to communities with a population of around 30,000. Wayzata's business districts and residential neighborhoods provide significant tax base for this unique small town community.

Wayzata is home to a vibrant business community that features many unique shops and boutiques, amazing restaurants, and local haunts. Both the Wayzata Boulevard and Lake Street business districts offer a wealth of services and products for residents & visitors alike. Visit the Greater Wayzata Area Chamber of Commerce website for more information.

Visit the Wayzata Historical Society website for more information on the history of Wayzata.